Well, I finally got round to playing Batman: Arkham Origins. I loved Arkham Asylum and Arkham City was pretty good to, but I’ve been putting off playing this one because a) it is a prequel, b) it’s been developed by a different studio and c) didn’t feature the original voice cast that helped bring the earlier games to life. It looked to me like a cheap filler game to cash in on the series’ success.

However, now the dust has settled (and I can get the game for a more reasonable price), I finally decided to take the risk. And, I find myself pleasantly surprised… Did you know that Bruce Wayne’s parents were killed in an alley? Of course you do, because every movie, game, TV show and comic book seems determined to drill that fact into our heads with constant flash-backs and references. It is the defining characteristic of Batman’s rather limited personality, however, so I suppose they’ve got to keep running with it. This is part of the reason I didn’t buy the game straight away. I know Batman’s origin story, its been covered! But the game itself does a reasonable job of finding a niche for itself.

In a time where Batman is still new to the job, he is forced to deal with eight assassins who have been hired to kill him. But then it turns out to be more complicated than that, leading into an intriguing and thrilling mystery surrounding a sinister new member of the Gotham undergr… yeah, it’s the Joker. I’d call spoiler alert, but it’s not exactly rocket science! The fact that the game tries to play it as some sort of mystery fell flat for me, but it does have plenty of other redeeming qualities. The game is set in the same area of the city as the previous game, with a lot of reused assets, but also adds of a new area connected to the old one by a long bridge. It’s supposed to be the full city of Gotham this time however, so it seems even stranger that there is no traffic, pedestrians or civilians on teh streets (apart from the ones that get involved in the random ‘crimes in progress’). The game attempts to explain this away by having announcements about a curfew and it being too cold, but it felt weird in Arkham City and feels even more out-of-place now.

Batman returns with most of his gadgets from the previous game, picks up a few new ones along the way, and must fly around the city, beating up gangs of thugs, silently disposing of squads of armed thugs and dealing with the various assassins and their minions. There are various side quests featuring more of Batman‘s most popular villains, as well as Riddler challenges and crimes to interrupt and solve. It essentially amounts to ‘more of the same’, but given that ‘the same’ is one of the very best games of the last console generation, that isn’t the insult it might at first appear to be.

This game was not developed by Rocksteady, the British studio responsible for the previous games, but was instead made by Warner Brothers Montreal. It’s built using the same technology, but the change in developers does show in places. The game just lacks polish – this is something that is kind of hard to describe, but it basically boils down to lots of little things that break the game in tiny ways. Dialogue that doesn’t match up with the subtitles, checkpoints in badly-chosen places, combat animations that don’t line up properly and other little glitches. The studio have done a very good job, don’t get me wrong, but I feel that Rocksteady would have done an excellent job and that there would be a lot fewer of these little niggles to notice.

Whoever is the voice of Batman does a very good Kevin Conroy impression, if I didn’t know it had changed, I probably wouldn’t have noticed. The voice the Joker also does a passable job, but he lacks the flair and character that Mark Hamill brought to the role. The other voice work was fine (and presumably features at least some of the same voice actors), apart from one; the voice of the annoying little bitch that was Penguin’s minion, who had an atrocious ‘cockney’ accent that almost made me reminisce fondly about Dick van Dyke’s!

One area of the game that they do move forward is the crime scene investigation stuff. For certain crimes, it is possible to scan all of the evidence at the scene and then reconstruct the crime virtually in order to gather further clues about what happened. At first, I thought this was just ‘look at evidence and press A’ stuff, but it does allow you to scrub back and forth through a recreation of the crime (usually a murder) to work out where to look for further clues. It is quite impressive at times, though Batman does make some rather wild assumptions off the back of these interactions before going charging off in search of the culprit/next witness. 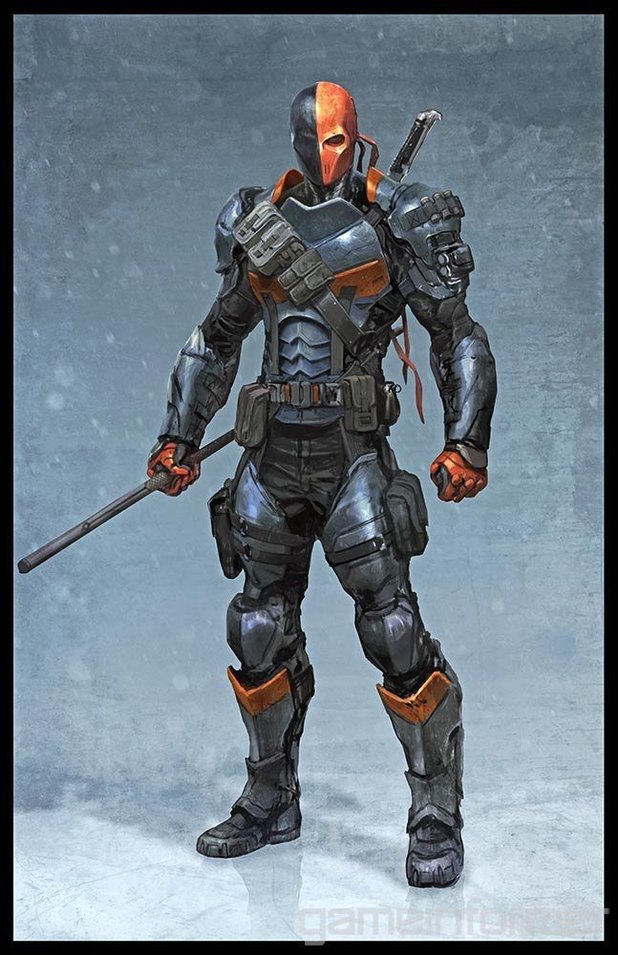 The boss fights in this game are worthy of note. These battles have been a weakness in the series in the past (see the Killer Croc fight and every encounter with a Bane-like character, which always played out in EXACTLY THE SAME WAY). In Origins, however, they do a much better job of mixing them up and making them more interesting. One boss fight is a standard brawl, with the boss mixed in with his minions. The fight with Bane involves careful timing so you can unplug his Venom pipes to weaken him slowly over time (without the standard ‘rhino’ boss fight model of making him run into a wall and stunning himself). The fight with Deathstroke requires very careful countering and timing (which gets really annoying until you work out that you have to counter at exactly the right time, rather than button mashing) and the fight with Firefly forces you to rely on your gadgets rather than your fists. They are, as boss fights should be, challenging encounters that test some of the skills and abilities that you have learned so far in the game, and are nicely varied.

Some of the normal fights are less well-designed, however. They do mix up the combat by introducing new enemy types ,but ultimately, it seems, WB Montreal‘s solution to increasing difficulty is to simply increase the number of opponents, to the point where it gets ridiculous during a large number of encounters towards the end of the game.

Arkham Origins is a very enjoyable game. It is essentially a holding pattern, a prequel to make some cash while we wait for the next proper sequel, but that doesn’t mean that it isn’t fun. The lack of great design, attention to detail and general polish that comes from it being made by another studio does show, but it is not as much of a drop in quality as I thought it might be.