So, a few weeks ago, Watch_Dogs launched to a universal chorus of ‘Meh!’. I haven’t played the game myself, but the general consensus seems to be that ‘it didn’t live up to the hype’. But, as Yahtzee said in his review, how could it? 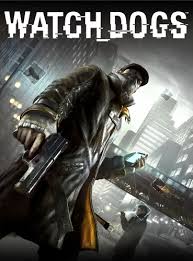 So-called ‘Triple-A’ games require a large investment of time and money. This means that publishers feel they have to advertise the crap out of their game and that we, the consumers, are treated to a steady trickle of information, screenshots and videos about the game over its two- or three-year development cycle. All of this is designed to build up excitement and awareness of the game before it is released and ensure that they make as much of their money back as quickly as possible.

The problem is that games now take SO long to develop (and cost SO much money) that the hype train ends up trundling away for SO long that people either get bored of it, or we end up in the situation where the end product cannot possibly live up the level of hype that has been built up around it. This means that the game, which might be perfectly serviceable and enjoyable, opens to disappointing reviews, not because the game isn’t good but because it wasn’t AS good as expected. These disappointing reviews can, in turn, actually damage sales of the game, so the whole thing quickly starts to unravel itself. Whereas, if a game is good, then good reviews and word of mouth can lead to better sales in the long run. However, this is a much riskier strategy and many publishers don’t seem to be willing to take that risk.

There’s also a strong feeling that, if a game is being hyped to the extreme, then it actually isn’t actually going to be any good and that the publishers just want as many people as possible to buy it before the truth about how bad/mediocre it is gets out. This may not be true, but it is an impression that can easily develop as a side effect of the problems I’m talking about.

It’s not just the publishers who are guilty of this either. I cannot count the number of times that I’ve played a game that my friends have been banging on about for ages, only to then be disappointed by a game that just didn’t grab me. It’s happened with big titles like Bioshock and Skyrim, as well as smaller titles like Bastion and Limbo. People go on and on about their favourite games as if they were the greatest artistic endeavour in the history of the universe and so, when they (inevitably) turn out not to be, I am disappointed when I sit down to play it.

So please, for everyone’s benefit, please stop over-hyping things. Publishers, don’t start building up the excitement until the game is actually nearly finished (especially if you haven’t got any actual damned gameplay to show us!). And friends, don’t tell me that a game is ‘amazing’ or say that ‘you’ll love it’. Just say ‘it’s a pretty good game’ and ‘you’ll probably enjoy it’. Then, I will probably accept your recommendation and go in without obscenely high expectations and there is a much better chance that I will be blown away, or at the very least be able to enjoy myself.

Otherwise you over-hype it, which is a dangerous and ultimately destructive practice that is in danger of contributing to the inevitable upcoming crash of the industry, and means that I can never sit down and play a game without being ultimately disappointed!